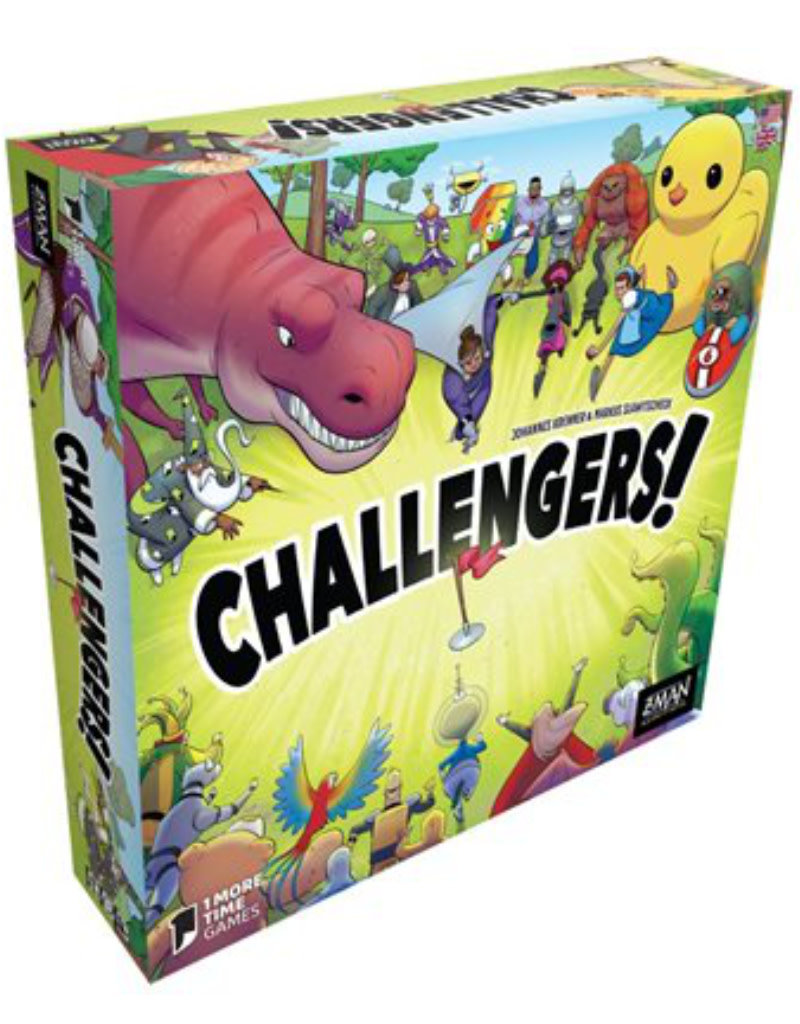 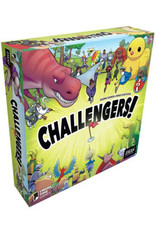 Gather the best team to win a series of duels in this fast-paced game set during the world’s biggest Capture the Flag competition. Challengers stars over 70 kooky characters from diverse locales like Hollywood, outer space, and the monstrous deep sea… or your bathtub. Players draft character cards with unique abilities and must make tough deck building choices between rounds, as each character combination opens up new ways to win. Across up to 4 simultaneous battles, players win trophies and fans by defeating other players in duels. After seven rounds, the two players with the most trophies and fans face off to become the ultimate champion.

Draft from over 70 diverse characters with unique abilities to build your dream team. Players update their decks after each round, allowing them to adjust their strategy based on their last duel.

Fight to become the Champion of Challengers again and again, with different deck lineups affecting your winning strategy

Duel ‘til you drop, with everyone playing at the same time in up to four simultaneous duels. Face a new opponent each round in an intense tournament!

Challenge yourself in Solo mode, where you face the Robot in a one-on-one battle for victory

Stage your duels in style with four high-quality playmats, making the game easy to set up and play