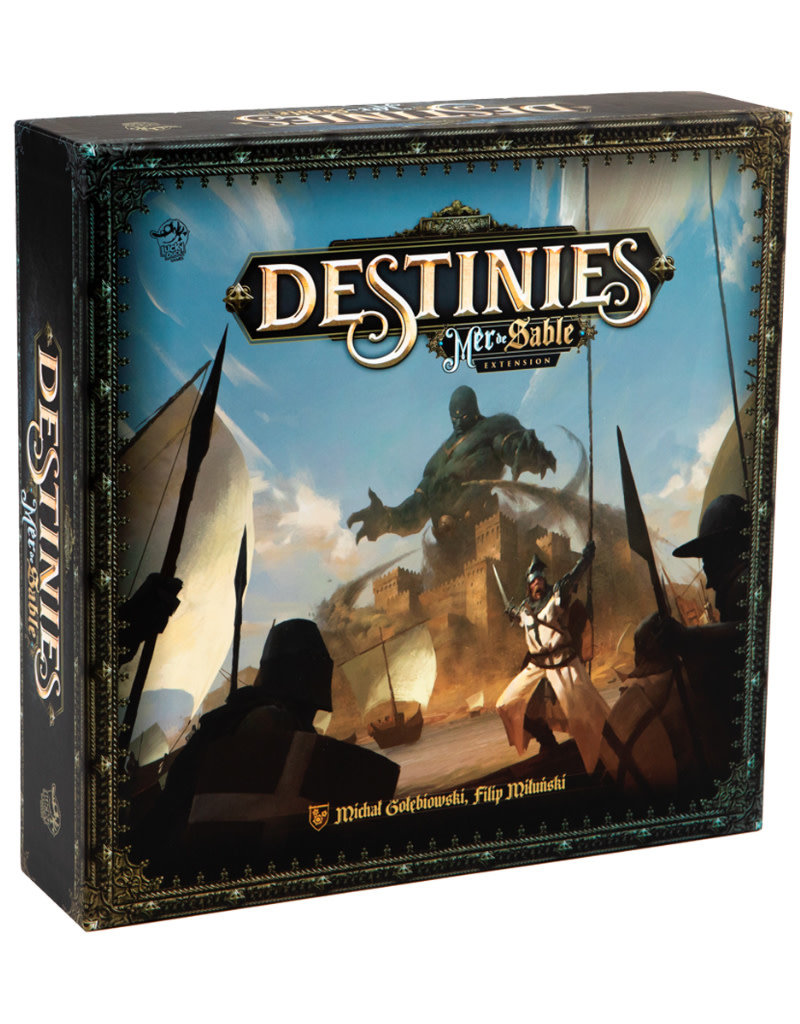 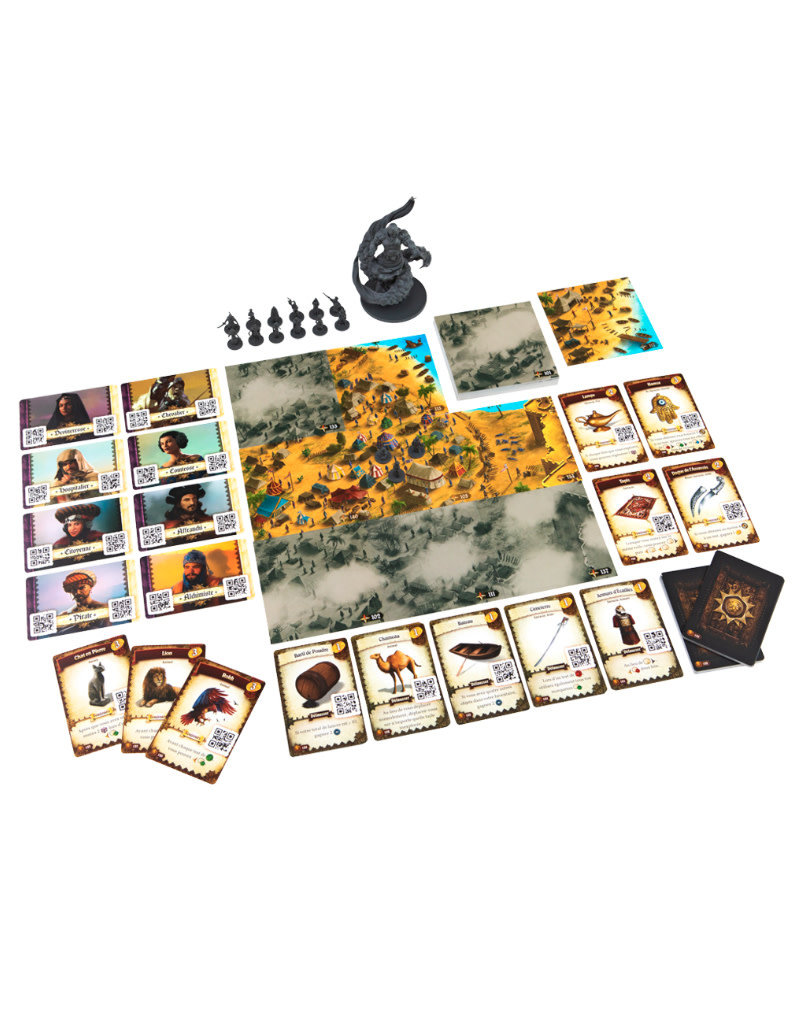 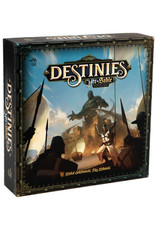 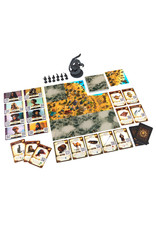 Destinies: Ext. Mer de sable is an expansion for Destinies.

Embark on an epic journey to reach the sands of Mahdia, a pirate fortress on the shores of North Africa! Is your army strong enough to break through its walls? Or will the African heat, merciless pirate raiders, and the Ifrit, a creature of Arabic legend, see your dreams of glory sinking into the sea of sand forever?

The Destinies: Sea of Sand expansion comes with three scenarios that form a campaign that should be played in the suggested order. We recommend playing the whole campaign with the same group of players, but this is not mandatory. Scenarios are linked together, and each unveils the next steps of a bigger plot, but each scenario is a separate story, and knowing previous scenarios should not give a player any unfair advantage.

Sea of Sand also adds new dungeon and maze mechanisms, alongside the use of "sub-maps" to represent the vast distances of the Saharan desert and the locations players will visit.